Lead is in Drinking Water Across the United States 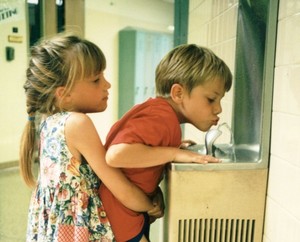 In the wake of the tragedy in Flint, Michigan, we now know the toxic threat of lead in drinking water extends to thousands of communities across the country.  In fact, lead is even contaminating drinking water in schools and pre-schools - flowing from fountains and faucets where our kids drink water every day.

A potent neurotoxin, lead affects how our children learn, grow, and behave. According to EPA, “In children, low levels of [lead] exposure have been linked to damage to the central and peripheral nervous system, learning disabilities, shorter stature, impaired hearing, and impaired formation and function of blood cells.”

There is no safe level of lead.

“EPA has set the maximum contaminant level goal for lead in drinking water at zero because lead is a toxic metal that can be harmful to human health even at low exposure levels.”   In fact, medical researchers estimate that more than 24 million children in America will lose IQ points due to low levels of lead. [Source: EPA]

As more schools test their water for lead, they are finding widespread contamination. A National Resource Defense Council study found that Florida had the second worst water quality in the nation; multiple counties across Florida had violations for levels exceeding the EPA’s Lead Action Level in 2015 [Source: NRDC What’s in Your Water]. Environment America and U.S. PIRG found that 24 Florida schools had lead in their water in two counties [Source: Get the Lead Out Feb 2017 Report]. The report stated that after testing the water source and finding no lead contamination, it was determined that the source of lead was most likely aging plumbing systems. Schools’ water is laced with lead in all kinds of communities – urban neighborhoods, rural towns, and affluent suburbs as well.

FCAN Alert:  Lead in School Water: Worse Than We Thought 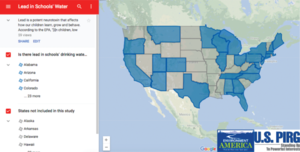 In all likelihood, the confirmed cases of lead in schools’ water are just the tip of the iceberg.  Any school built before 2014 is likely to have a significant amount lead in its pipes, plumbing, and/or fixtures.  And where there is lead, there is a risk of contamination.

WUFT News Article: Should Water in Florida's Schools be Tested for Lead? 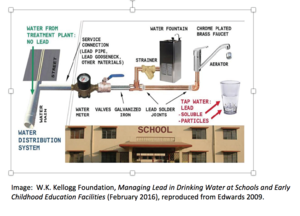 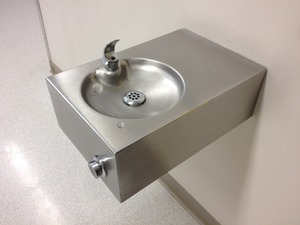 In some communities, schools are already testing water for lead.  In others, local officials might want to see testing results before taking action.  Either way, here is what you should know:

Act Now: Tell your Local Officials that we need to protect our children from lead contamination!

There are a lot of ways to get the word out about lead contamination in our drinking water.  Here are some resources:

Download the Toolkit: FCANF Get The Lead Out Back To School Toolkit (pdf)

Complete Streets are safe for people of all ages and abilities and serve people traveling in all different ways: walking, biking, taking transit, or just enjoying the street as a public space.

We believe consumers should be educated not only on issues but on the processes in government at all levels that affect issues. It is important that consumers know who the decision makers in their community are and how they are influenced.

In the wake of the tragedy in Flint, Michigan, we now know the toxic threat of lead in drinking water extends to thousands of communities across the country.